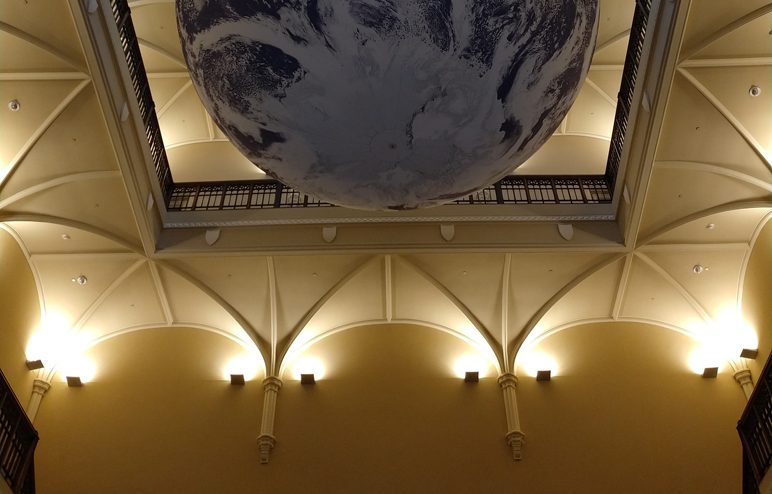 With the ever-growing technological advances in today’s society, AM-TECH ensured that the heritage building built at the Canadian Museum of Nature – formerly known as the Victoria Memorial Museum Building, retained its cultural ambiance while conforming to modern electrical and fire alarm codes.

Formerly known as the Victoria Memorial Museum Building, the Canadian Museum of Nature is housed by the structure that served as Canada’s first official museum – the birthplace of Canada’s national museums. Originally designed to mirror the Centre Block’s Parliament Buildings design, the museum contains approximately 14.6 million biological specimens dating back to 1856. AM-TECH took great pride in preserving a national treasure and has diligently applied this conviction to numerous heritage projects to this day.

This project involved the stabilization and complete renovation/addition of the heritage building and site. It required the replacement of electrical, fire alarms, emergency systems, low voltage lighting, and generators. AM-TECH ensured that construction was completed and carefully phased to ensure all building operations remained functional in a semi-occupied high security building consisting of labs, public areas, offices and stages.

AM-TECH put great care into our work to ensure minimal disruption to the artifacts, laboratories and equipment present in this historic museum. Successful implementation of the client’s security policies ensured a safe and efficient worksite throughout the project.