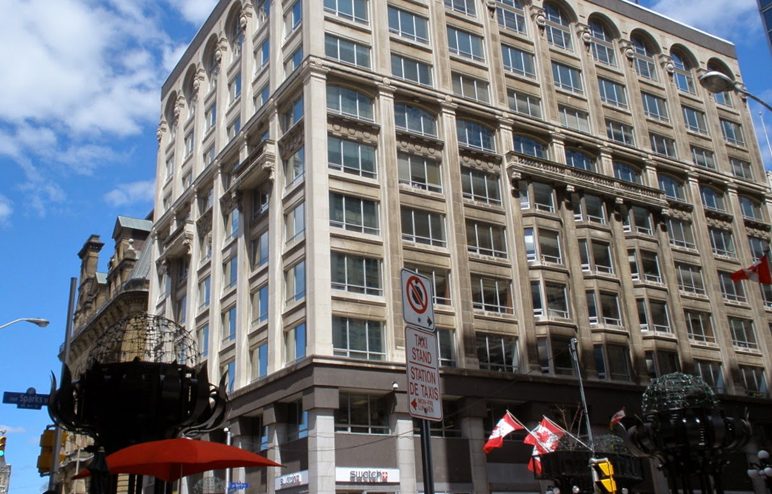 The Blackburn building houses the Prime Minister’s staff and is connected to a myriad of other government buildings; consequently, it is imperative that the fire alarm system abides by modern codes and remains fully functional. AM-TECH was tasked with a fire alarm system upgrade involving a complete fire alarm system overhaul; fire alarms, devices, fire doors with maglocks, and stair pressurization systems were replaced, relocated, and installed in a high security building in the parliamentary precinct which was both occupied and operational at the time of construction. Safety is AM-TECH’s number one priority; consequently, AM-TECH phased the work such that the new fire alarm system was installed without decommissioning the old system, keeping the building on alert for any potential fires throughout construction. The new design is a class A fire alarm system that uses a combination of smoke/heat detectors, and sprinkler valves. These tasks also included a complete mock-up, fabrication and installation of smoke detector brackets above doors and conduit connections.

Furthermore, the fire alarm system was connected to a secure paging system to alert staff by zone of any potential security issues. All work was completed in a historical building, originally built in 1889. The building contained large concentrations of asbestos; however, AM-TECH was able to solve room access issues efficiently through thorough coordination with the asbestos mediation contractor. Additionally, AM-TECH maintained security throughout the entire project. Security superseded site access which presented a challenge when installing the fire alarm system since it had to be completed alongside the staff’s sporadically shifting schedules that adhered to the Prime Minister’s agenda and duties. AM-TECH worked closely alongside the building occupants to solve and avoid scheduling conflicts, resulting in a finished project that conformed to the project schedule.